Honorary member- A person to whom  honorary membership is conferred by virtue of a majority vote of the Executive Board for distinguished service rendered or valuable assistance to the nursing profession and towards achieving the goals of  PNACF. or a Nursing Student who is interested and willing to become a member of PNACF.

A. Awarded to all past presidents who actively involved in at least 50% of the scheduled meetings/events of PNACF. They receive complimentary annual membership at the chapter and national levels.

B. Awarded to members who paid PNACF lifetime membership fee before 2009. 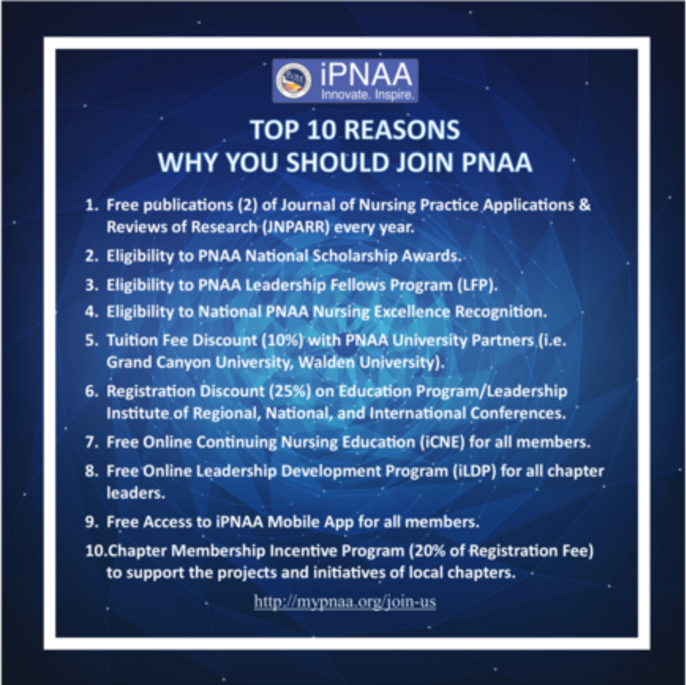